We offer a wide range of English programs, hosting events and meetings for the Barranquilla community 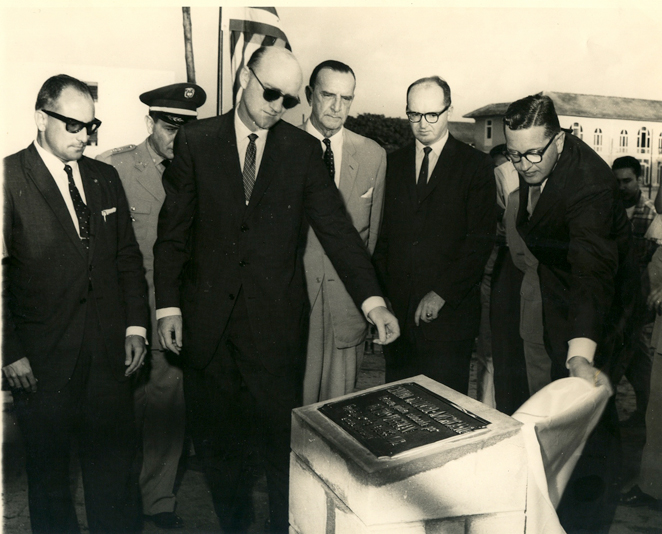 The Colombian American Cultural Center is a non-profit, binational institution whose goals are a fraternity, solidarity, social and educational, with an aim of enhancing the bonds of friendship between the people of Colombia and the United States by the teaching of English and providing rich cultural programs.

The “Centro Cultural Colombo Americano” of Barranquilla was created by a committee of Americans and Colombians. On the 3rd of March 1956 after receiving governmental approval, the centre began to function in a rented building on 43rd Avenue and 44th Street.  The first Director was Mr Tobbie Suprenant and the first president of the board of directors was Sr. Julio Gerlein Comelín.

Four years later 16 August 1960 after a fruitful campaign of fundraising, U.S. ambassador  Fulton Freeman, in the presence of the governor, the commandant of the Brigade, His Excellency the Archbishop. the mayor and other dignitaries placed the first brick in our present location along with the first director of the new Colombo, Jack Brockman and the president of the board, Elberto González-Rubio.  The new centre formally opened on 13 April 1962 and consisted of a gallery, a library and twelve classrooms. From 1956 through 1975 the centre grew to offer cultural services to the community and collaborated with the Peace Corps. The student population grew to 860 students by 1975; however, after that date, there was a slow decrease resulting in 460 students by 1984.  With the arrival of the new director, Mr. Edward G. McGrath in April of 1984, the centre began to grow year by year having amassed 3,800 students by the year 2000. We can state that more than 73.000 students have studied at the Center during these last  58 years.

In March 1989 the current director, Mr Edward McGrath, inaugurated a new second floor as well as other modifications for a total of 21 classrooms, a teachers lounge and a larger Gallery. Under Maria Cristina Betancourt’s direction, the gallery was dynamized with more and better cultural programs.  Subsequently, in December 1991, a third floor was completed, which made it possible for the Center to have 28 Classrooms, a fifty per cent larger public library a multimedia room and a bookstore. 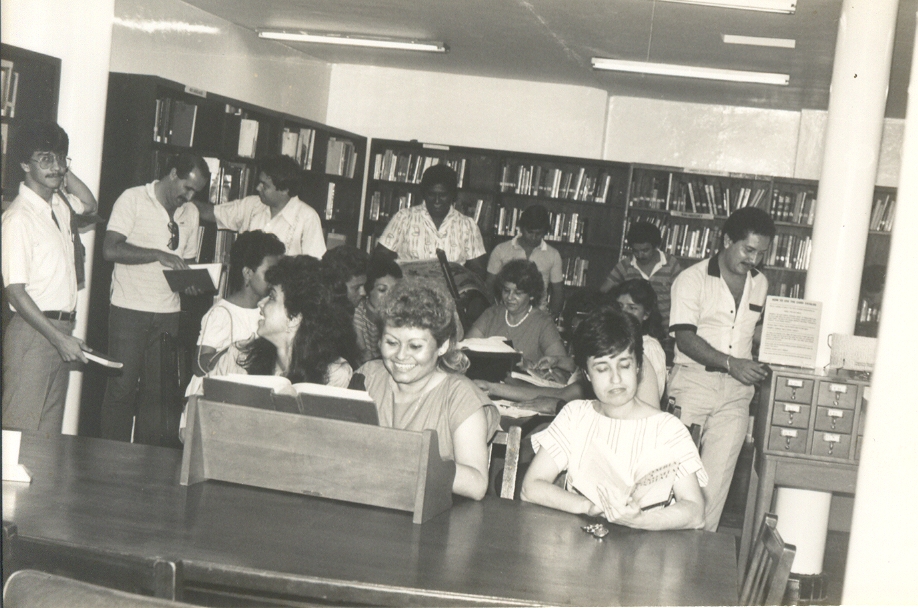 The central site of the Colombo Americano along with its new Annex, now boasts of has 31 air-conditioned classrooms, the Lincoln Gallery, the George Washington Public Library, the Multimedia Room, the Auditorium, the Cafeteria, a parking lot and the Patio which has a stage for diverse performances.

The Colombian American Cultural Center purchased a 16.500 mt2 lot located between the old and the new road to Puerto Colombia on April 29, 1992 to build a new suburban site catering to the entire metropolitan area.  The first brick was placed at the north site on December 22, 1992 in a ceremony in which we had special guests such as the US Embassies’ cultural attache, Mrs. Frances Sullenger; the counsel, Mrs. Maria Luisa Otero, and the vice-counsel, Miss Silvia Johnson, along with Mr. Edward G. McGrath the Executive Director and Mr. Boris Rosania the President of the Board of Directors.

The North site is located on Carrera 51B, Km. 6, old road to Puerto Colombia. The site boasts 30 comfortable, air-conditioned classrooms, an events plaza, a spacious cafeteria, a parking lot, two beautiful parks (the Park of the Lions and the park of Shadows), four lagoons, water fountains and cozy gardens which create a beautiful and relaxing environment along with paths and benches for students to be in direct contact with nature.  A library, an art gallery and an auditorium are planned for construction in the future. 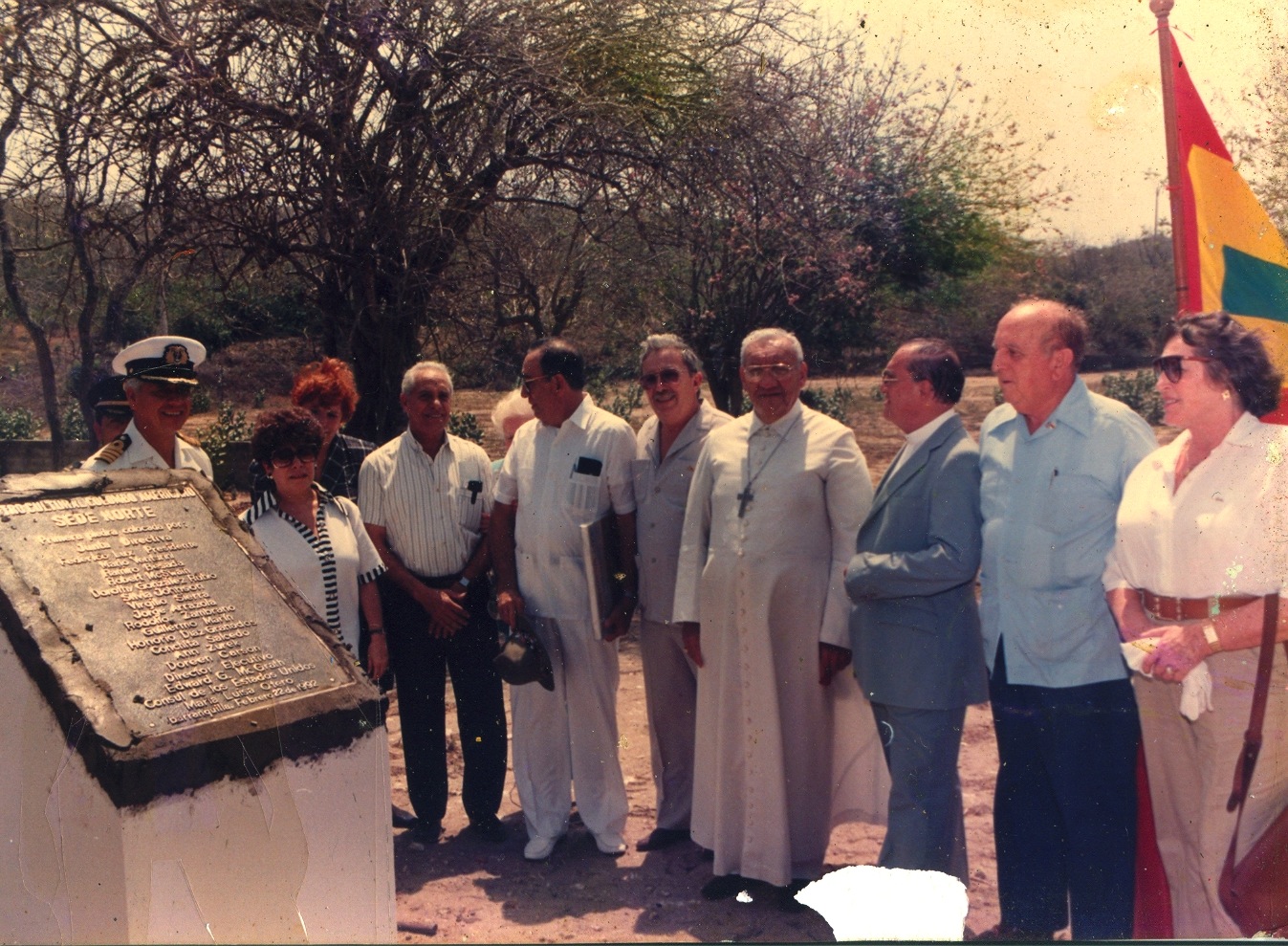 In April 1976, during our 20th anniversary, Governor Rafael Maldonado De Castro honored the Centro Cultural Colombo Americano with the “Puerta De Oro” (Golden Gate) award for it’s cultural and linguistic service rendered to Barranquilla. On it’s 30th anniversary (1986) which was celebrated at the Amira de la Rosa Municipal Theater, the Colombo received, an honorable mention from Governor Fuad Char, as well as a special decree issued by Mayor. 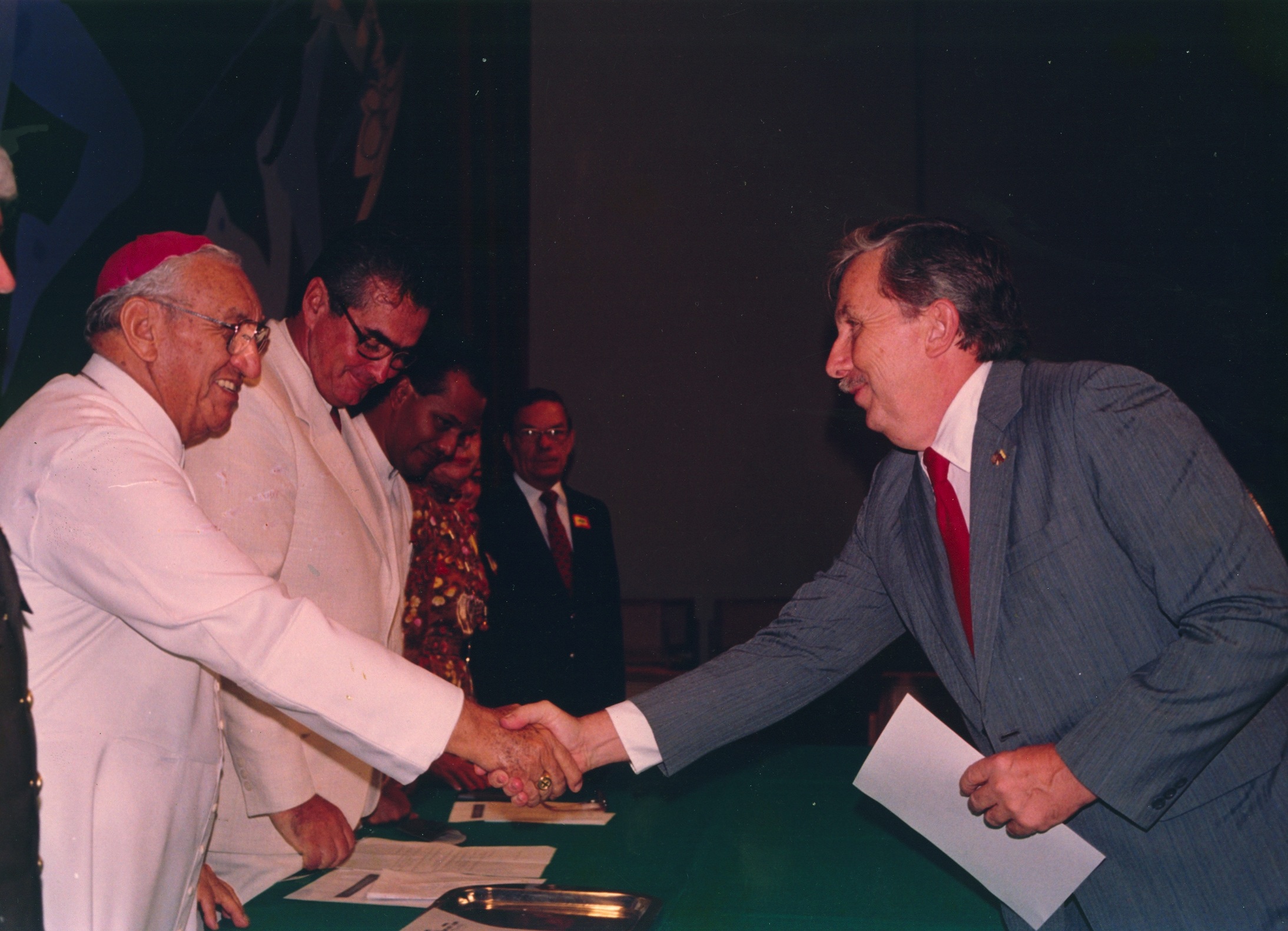